Branding is a key part of marketing strategy which is why it’s so important, especially now with current events making it challenging to stay in business. Our chief branding officer, Tina Walczak, spoke with the chief executive officer of Dragone, François Girard, to learn about successful brand strategies to keep your business alive during this time. Dragone is an entertainment company that specializes in large-scale shows and performs in theatres at many locations around the world, including Paris and Dubai. However, with quarantine restrictions in place around the world the company was looking for new opportunities.

Tina Walczak: Can you guys forecast some changes in your entertainment company?

François Girard: We’re going to work on scenario planning, which is my favourite way to define strategies. A single strategy isn’t safe enough right now. You need to have a core strategy that that is good for any kind of potential future.

If we’re not going to be able to travel for eighteen months (and especially if people cannot go in theatres), we need to define what we’re going to do to increase our chance of survival through this as a company.

Tina Walczak: Let’s talk about something fun. What was your favourite project that you’ve worked on, or performance?

François Girard: I would say it was House of Dancing Water. It has been one of the most, if not the most successful show in Asia. It was the first one in my performing arts career that I saw from the beginning to the end. Every piece, from contracting, to the empty lots, to looking at drawings and trying to imagine what it’s going to look like, then working through every single step of the creation process over three years really was gratifying.

And then you when you’re there at the opening, you’re like a superhuman. You’ve contributed to something that is so much bigger than yourself. So for me, that was the top. I’m now always looking forward to my next one—I’m an addict. There have been a lot of smaller victories on projects I’ve worked work with. But the first project always leaves more of an impression.

I was so glad to move away from bank consulting and finance to move into this world. I made a difficult career decision but I never looked back.

Tina Walczak: How did you manage stress during the process of creating your first project in the entertainment and show business?

François Girard: There’s always a lot of stress, but I think people in the creative business are used to it. You’re always working with timelines, working with a client, with somebody else’s money that you’re spending on a daily basis. We have hundreds of people, freelancers, and employees working on these projects, on aggressive timelines. You have to remember, 2008/09 was in the middle of the financial crisis. Obviously, our client was seriously affected by that. We had to pause the project for six months to keep costs down, while mitigating the risks to lose everything that was built over the years.

I don’t think that without that delay, the show would have been as good as it is today. There are hundreds of millions of dollars at play, and the team and client trust you. They want to have the Dragone signature, but it’s also their best insurance protection against failure. If you’re going to be investing a quarter of a billion dollars on a project, are you going to go with the company that’s been doing this for twenty plus years or the newbie? For these large, mammoth projects usually people go with the companies that have been around for many years because they can be trusted.

Tina Walczak: Do you think that’s basically what a brand is—a company that people trust? How would you define a brand for a company based around performances?

François Girard: Yes, that’s one of the key elements as to why people come is our brand. They trust that they’ll be experiencing something of high quality. That’s the ultimate goal. But seriously, I would trust my own money with a project that focuses attention on quality.  For all who work with Dragone, the end result is so much more important than the profit that they’ll make on a project. Sometimes you feel you’re constantly putting brakes on designer’s dreams, but part of being creative is to try to create the same impact with less money that requires even more creativity.

Tina Walczak: Yes, it gives them the boundary to design within, and sometimes that’s better because it helps you focus on how to properly market and design your performance. I think when you have those budget and those timeframes and that’s what you’ve been given just creating within it. And it helps you from delaying any projects and helps you to actually stay focused and get the job done.

François Girard: I mean, I think there are a lot of similarities in what we do. In the creative industries, people come to you for innovative ideas and to be differentiated in a creative way. There’s a lot of the philosophy of managing this process that we share, I’m sure.

Tina Walczak: If you were to hire a brand strategist what attributes would you be looking for?

François Girard: If we’re talking about at a show level you need a brand strategist that that knows the show business, how to sell tickets, and how to get in the head of the ticket buyer.

I was often negotiating a marketing consultancy as part of the follow-up services that we provide clients. Then we realized those faded away pretty quickly because it’s really difficult to market something when you’re not there on the ground in the local market and understand the psyche of that local market. It really is almost impossible to be good at it.

So for me, a brand strategist at the show marketing level needed to be in that little market and lives and breathes that local market. When you think about corporate branding then you need more of a strategist like somebody that can think outside the box. Someone with creative thinking, lateral thinking, who we can exchange ideas with openly.

If you don’t position the brand differently, if you don’t try to innovate you’ll die for sure, it’s happening right now to a lot of players in our industry.

It’s all a question of passion for your business, if a brand strategist truly cares for you, you’ll feel it. You’ll know about it. You know, if they call you on a Friday night or sends you a text, “I have an idea…” You know about somebody who’s thinking about you outside of their normal hours. It’s funny because when I was a consultant, I didn’t realize the importance of that.

I’d prefer to go with a little boutique of three or four consultants, because I’d want to be their only project for that period of time. And for me, that’s important because, you know, my ideas come in the middle of the night. And so if you’re top of mind, the mind of intelligent people, you know, being their focus is extremely valuable.

Do you need help with branding or pivoting your marketing during this time? Click here to get in touch with us! 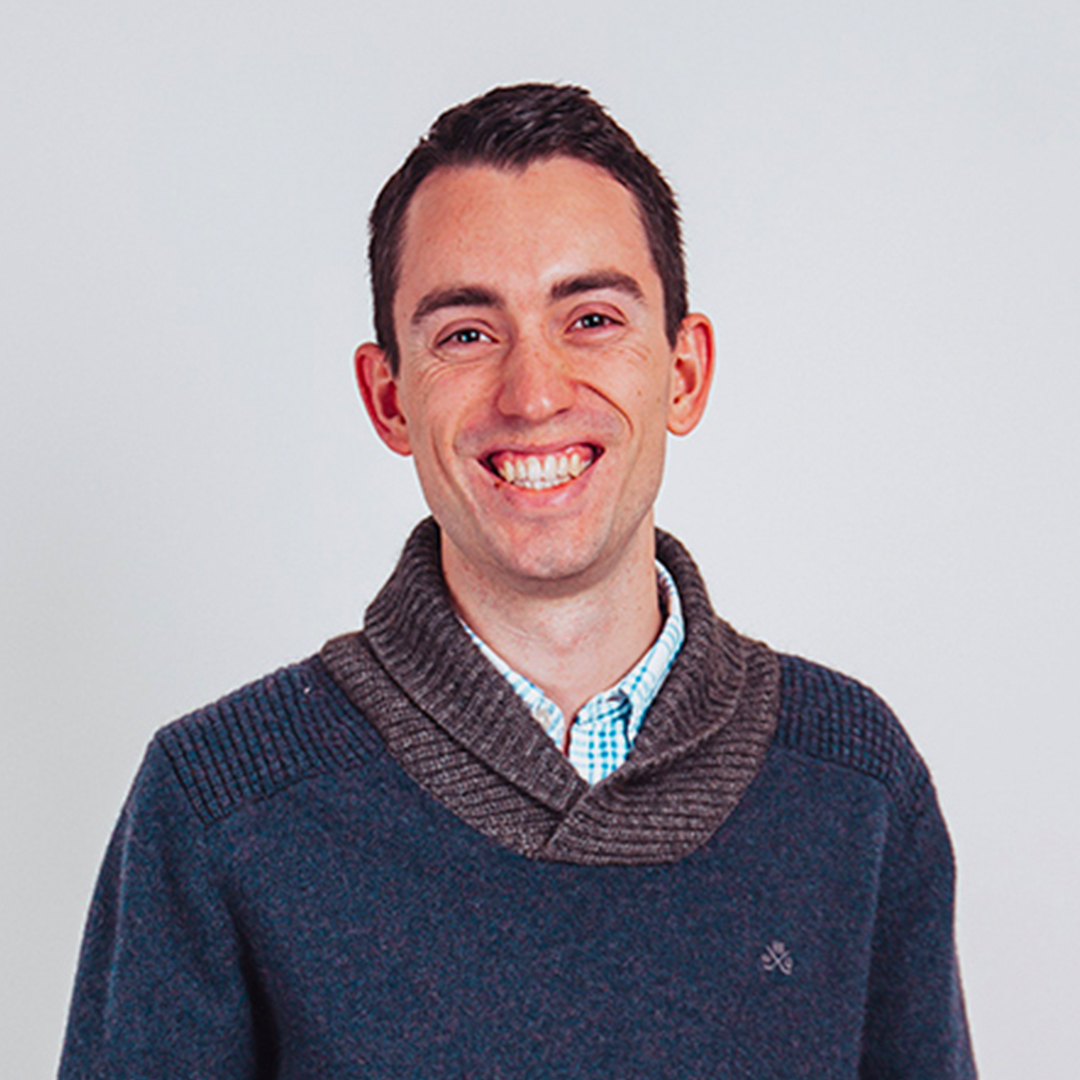 Jake MacLaren
Jake is driven to create engaging writing that impacts readers, every time. He’s written for a full spectrum of clients and consistently produces everything from witty social media posts to catchy taglines you just can’t get out of your head. Devoted and diligent, Jake is ready to give it his all on your next marketing project.
More Articles | Profile 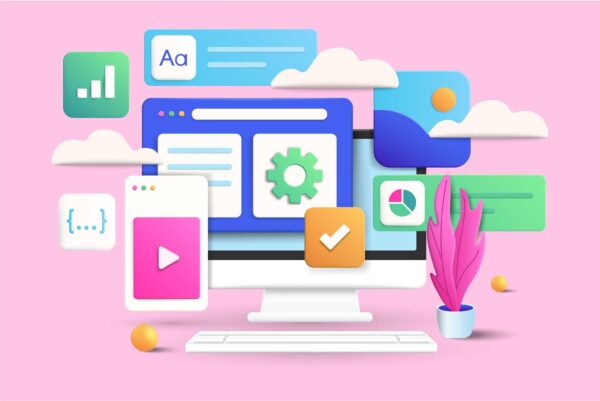 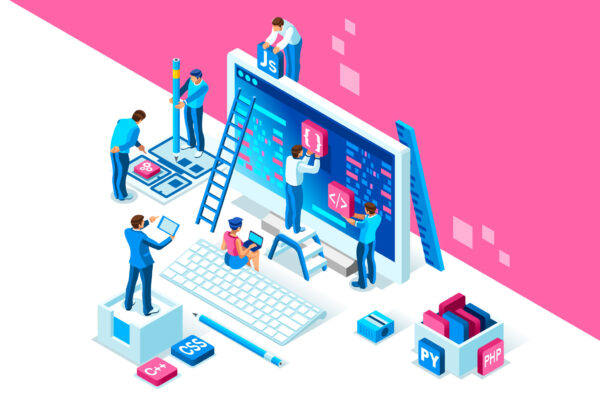