Facebook ads have only grown in popularity over the years with the extensive development of the Facebook Ads platform. Nowadays, you’ll find jewelry Facebook ads, Instagram story ads, and many other varieties of ads to choose from all from the same platform. However, because numerous businesses are endlessly competing for the best results on the platform it can be challenging to stand out.

One of the newest talented and hardworking additions to our Hiilite project management team, Luan Jardine, recently created jewelry Facebook ads that got unbelievable results. She was able to help one of our biggest clients, Titanium Rings, a jewelry company that specializes in – you guessed it – titanium rings, get over 30,000 link clicks and one million views with an incredibly modest budget under $300. How did she do it? One of our Content Strategists, Jake MacLaren interviews her below to find out.

Luan Jardine: Great question. It’s easier to learn by going in and playing around with Facebook ads and build your experience that way. Facebook ads basically are set out in three different steps.

You have your campaign, and you can choose how you want to optimize for that campaign. If it’s a conversion because you want someone to buy something, you choose that as your campaign goal. Then you have to choose your audience, which is in your ad set.

You’ll choose in your ad set how it’s relevant to people in terms of language, location, what they’re interested in, how experienced they are with your brand, their age—things like that.

Finally, you go into the ad, which is where you get to be a little bit creative and where you put in your ad creative, images, videos, graphics and your written content, as well as the link that you want people to go to.

Your ads then go up on different placements. Placements are what locations your ads will show up like other websites or specific places on a social media site. They can show up not just on Facebook, but on all of Facebook’s partner networks like Instagram.

Your ads will show up to the people that are most likely to click on your ad depending on what your campaign goal is. So if it’s to get someone to purchase your product that your ad is going to show people that are most likely to purchase, if it’s to get people to go to your landing page it’s going to show up to those people, etc.

Jake MacLaren: Can you give an overview of what you were attempting to accomplish with your jewelry Facebook ads for this client? What results and goals did you want them to achieve?

The idea was with the campaign that I made for titanium rings was to attract a cold audience and to convert them into a warm one or even convert them to leads. It was essentially a traffic campaign getting people to click on the ad by using a placement on Facebook and Instagram stories. Both Instagram and Facebook are connected through the same ads platform.

Jake MacLaren: What tactics did you use to improve and optimize these jewelry Facebook ads’ performance?

Luan Jardine: There’s a feature in Facebook ads where you can break down where people are coming from, what age they are, what ad creative they want to see just in terms of what that spend is going to. It’s a little hard to explain. Facebook is super intricate and has many layers of complexity in its ads platform.

Basically, it will put your ad budget towards whatever is performing best. Let’s say one diamond ring is performing really well to twenty-year–olds in Canada that are clicking on the link in your ad with this specific image and specific text that goes along with the image. Then most of the ads budget will be going to go towards that. This makes it easier to optimize since you can drill down on ads that are giving you the best results.

Because the traffic campaign wasn’t gaining as much traction as I wanted at first, I ended up opening up the audience to being worldwide as opposed to just Canada and the U.S.A., because Titanium Rings offers shipping internationally.

Jake MacLaren: In general, how would you set up a Facebook ad campaign for success? Do you have any best practices you commonly implement?

If you’re hoping to create a cold audience, then in the ad set level, then your best tactic is to put as many details in as possible about that audience. Their buying behaviours, where they’re located, age, and more. But you can go even deeper than that. You can put in competitor brands your audience is interested in, people that are interested in online shopping, people that are in a relationship, etc. The list goes on.  Having a defined audience is definitely the best tactic if you want your ad to gain traction.

When doing detailed based targeting for your cold audience in the ad set, there’s also a great feature where you can hit suggestions and Facebook will come up with other behaviours and traits your target audience has.

And then in terms of jewelry, the Facebook ad creative needs to be something captivating. Something that is high-quality photography that the consumer can relate to. I know that not everyone is creative or artistic, but I think everyone has a general sense of what is a good photo versus a bad one. Choose what looks good and don’t overthink it. The more simple and high-quality the photo, the better.

Jake MacLaren: What recommendations do you have for defining an audience in your campaign? Is it better to have more detail, to be broad, or does it highly depend on the business?

Luan Jardine: I’d say it depends on the business because depending on what they’re selling, the audience will be a different demographic. You might have something that applies to everybody, maybe like a free resource that you want to get out to as many people as possible, or if you’re a charitable organization, you’d want your audience to be broader. But I’d say detailed–based targeting is the best way to go for most businesses. 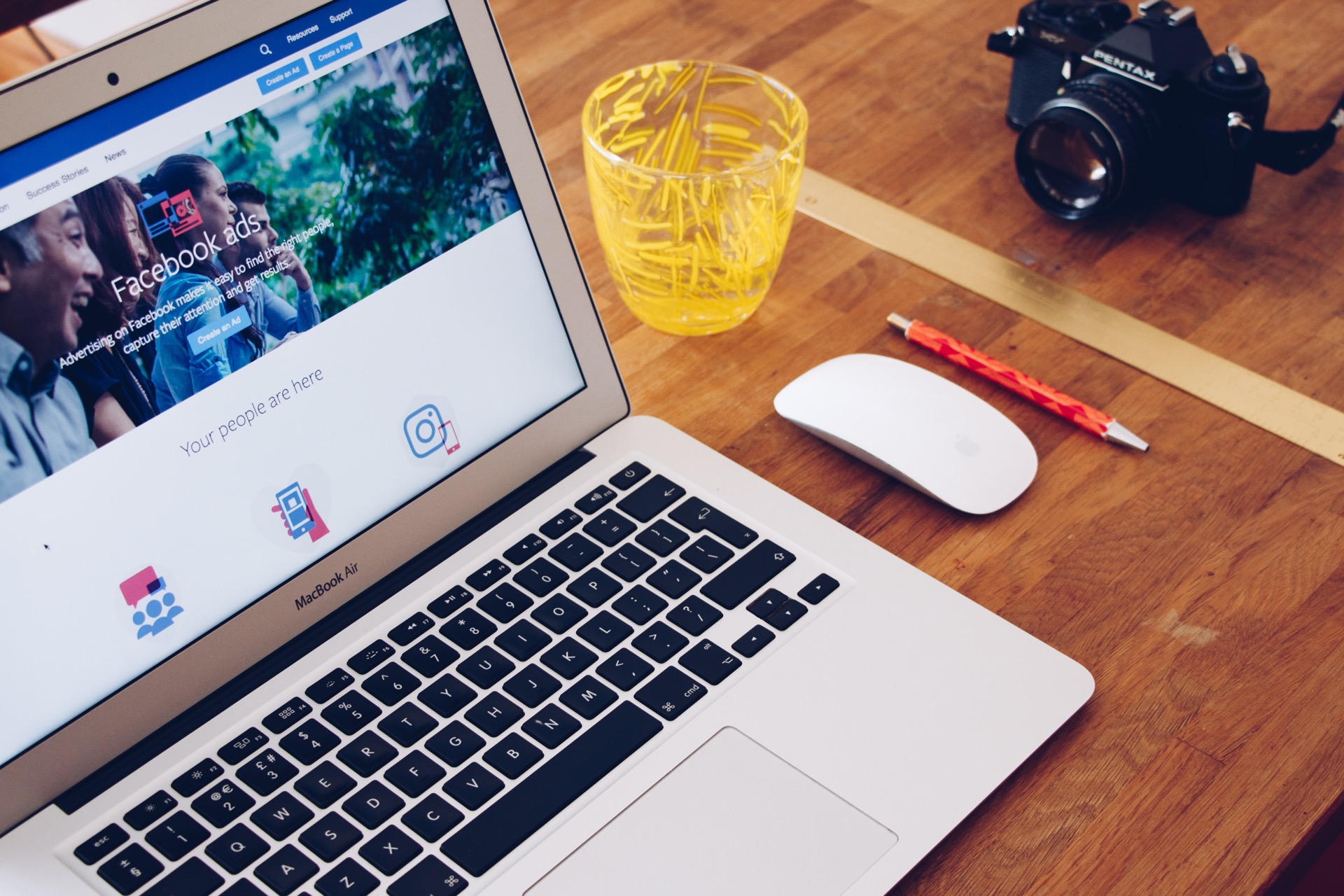 Jake MacLaren: How much should a business budget for Facebook ads?

Luan Jardine: I feel like this is like the question everyone wants the universal answer to. From what I’ve learned, it’s really just trial and error.

With respect to this particular client, it was a small daily budget to get results which was why it came as such a surprise when it performed so well.

If you want to do an ongoing campaign (which just means there’s no end date) then setting a daily budget is a great thing to do. I’d say ten dollars a day is a great place to start. You can then measure those results around the end of 10 days to see if it’s successful or not.

Usually the more money, detail, and targeting you give Facebook, the better your ad is going to do. But also depends on your ad creative.

The Titanium Rings ad had a really simple ad creative. It was just a picture of four fists on top of each other wearing titanium rings on them with the ability to swipe up to buy them.

If you’re confident with your ad creative, then you can probably get away with spending around ten dollars a day for an ongoing campaign and see results.

But if you’re not, then I would adjust the ad creative, possibly the audience, and increase the budget.

However, it does depend on what the end goal is. If it’s a quick weekend promotion, that’s going to a very different budget than something that’s going to be running for a whole month.

There’s also a really great feature on Facebook where you can see your costs per results. If you’re making your campaign and you consider your leads are worth one dollar, and your campaign is ten dollars per result/lead, then you know, you have to adjust something.

Also, it’s important to keep in mind that the algorithms are constantly changing. What I’m saying now might not be true in a year.

Jake MacLaren: When do you think it’s best to advertise on Facebook versus other social media platforms?

I think it depends on the demographic you’re going for. Millennials and gen Z are most likely to be on Instagram. Baby boomers and gen x are most likely to be on Facebook. Older than that, I would say email marketing is probably best, but Facebook reaches just about everyone through multiple media types except for email. You’re able to put in what you want, and it’ll go to many platforms.

However, if you know you want to target mainly Millenials but also some people in gen X, and you have a smaller budget, then Instagram stories and Facebook stories could produce some successful results.

Get help with Facebook Advertising for your business and start pulling in results by contacting us today!

Jake MacLaren
Jake is driven to create engaging writing that impacts readers, every time. He’s written for a full spectrum of clients and consistently produces everything from witty social media posts to catchy taglines you just can’t get out of your head. Devoted and diligent, Jake is ready to give it his all on your next marketing project.
More Articles | Profile

Marketing, Strategy
How To Setup A Marketing Calendar